To position Virgin Australia as a full service premium airline.

Following the success of the Pet Lounge Frequent Flyer April Fool’s Campaign last year and in recognition of the 900,000 kids who fly with Virgin Australia every year, in 2016 Pulse decided to create a world first, timed in line with April Fool’s Day, Pulse created a dedicated full service aircraft cabin that was 100% adult-free: Virgin Australia Kids Class

Pulse produced a compelling piece of digital content; a video showcasing all aspects of the brand’s new cabin, created just for kids. The video was released on Facebook on the 1st April, with a link and the words, “Introducing Virgin Australia Kids Class – the world’s first kids-only aircraft cabin.”   With kickable seats, a selection of colouring in and story books, a concierge Trunki service to the gate and an on board teddy bear menu, Kids Class demonstrated that kids would be met with specially designed child-friendly features at every stage of their travel experience.

The video generated more than 1.6 million views across Facebook and YouTube, over 82,000 engagements (likes, comments and shares) and a total social reach of over 3.8 million.   News of Kids Class ran in 62 outlets including Channel 10 News, Channel 9 News, Channel 7 News, ABC News24 the Sydney Morning Herald, Fairfax Traveller, News.com.au,Yahoo!7, SkyNews.com.au, Mashable and Mumbrella. It garnered global broadcast coverage including a spot on America’s number one morning television show, Good Morning America, which in itself reached more than 5 million viewers, as well as Nightline New York. 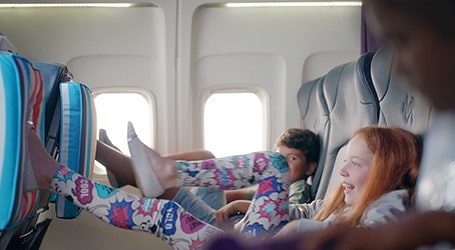