Putting eBay at the forefront of retail innovation

eBay has long had to fight a perception that it is the foe of high street retailers. Quite the contrary: eBay is the friend of retailers across the world by providing a low cost easy access retail platform that is visited by 8 million Australian consumers every month. Pulse’s long-term objectives for eBay are to position the site as a destination for brand new fixed price items, from multiple retailers. We do this by through ongoing retail thought leadership and bringing new retail innovations to the Australian consumer.

While Virtual Reality was widely recognised as an emerging technology, 2016 was the year it reached a tipping point, beginning to filter down to consumers as new technologies and platforms made it more widely accessible. Similarly, a research report by Telsyte found that 1 in 5 Australians were interested in buying into Virtual Reality, whilst mobile continued to dominate our share of screen time.

Leveraging the insight that 2016 would be the year for Virtual Reality to explode and start to gain popularity with consumers in the mainstream, eBay partnered with one of Australia’s largest retailers, Myer, and developed a virtual reality platform to marry its technology with Myer’s product range. Available as a downloadable app via iOS or Android, the World’s First VR Department Store was launched in Sydney to media and consumers via launch event and consumer activation program. To bring the technology to the nation, from the day of launch we distributed 20,000 cardboard VR viewers (or ‘Shopticals’, as we called them) for 15 days free of charge through the ebay.com.au/VR website. In addition, we outreached to real eBay shoppers across Australia to get their first thoughts on the new technology.

The campaign generated over 700 pieces of coverage, including 250 pieces of broadcast with a combined reached of 800 million impressions globally. For the 15 day period following launch, eBay Shopticals sold out onsite within 2 minutes of being released. 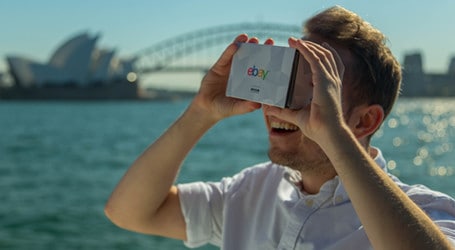 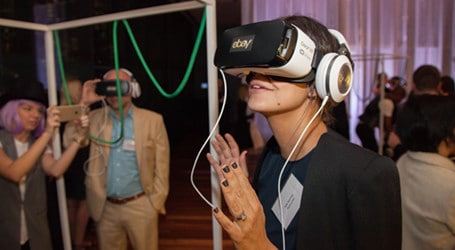