Food is increasingly being seen as just fuel we consume meaning that dinnertime has lost its value. MasterFoods products can be found in over 80% of Australian homes so we felt we had a responsibility to wake up Australians to the power of dinnertime.

A whitepaper report commissioned by MasterFoods found that while Australians get more connection from sharing a dinner with loved ones than any other activity (78%), only a minority are having the dinnertime they want and three quarters want to change something about their dinnertime. Some worrying trends were uncovered within the report including the rise of dinnertime distractions that are getting in the way of connected meals, a move away from the traditional dinner table to dinner in front of the TV or in bed and social isolation a large minority of people who regularly eat alone.

The Lets Make Dinnertime Matter campaign is a three year project for MasterFoods aiming to make a real difference to the way Australians enjoy dinner. With the worrying statistics in mind, we decided that to launch the campaign we needed to highlight the importance of sitting down to dinner with those who mean the most to you. Working closely with Clemmenger BBDO we created an impactful piece of online content asking a series of Aussies families the classic question ‘Out of anyone alive or dead who would you most like to have dinner with?’. The results varied differently from adult to adult with a raft of different celebrities getting a mention. It wasn’t until their children were asked the same question that the real message hit home.

Once the campaign was launched it soon hit the headlines generating 127 pieces of coverage in Australia with a reach of over 40 million, the online film was featured in 73% of coverage. Key coverage included features on Nova, Smooth FM and the Project while online and print coverage appeared on the Mail Online, News.com.au and Huffington Post. In just four weeks the online film was viewed over 45 million times But the coverage didn’t stop there the content resonated with people across the world and delivered coverage across the globe including America, Canada and Europe reaching a further 50 million people. 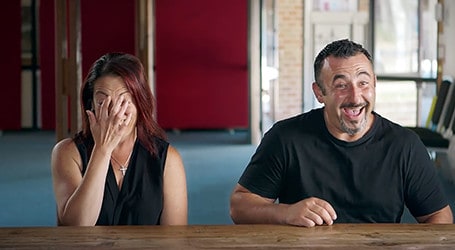