To engage with a new target audience, New Pioneers, to drive purchase consideration and relevance for the Ford brand through highlighting the arrival of the Ford Mustang.

A traditional and social media audit found that the Ford Mustang resonated with Ford Australia’s social media fans and media more so than any other topic. The Mustang, which had not yet officially arrived in Australia, solicited positive feedback, coverage and commentary across all key audiences.

Pulse’s approach was to align with one of the most globally visible events – the Sydney New Year’s Eve celebration. Pulse forged a partnership with the City of Sydney to create not only a unique experience for Sydneysiders at the event, but also a compelling visual that would garner national – and global – attention. The concept involved putting a couple on the backseat of a 2015 Ford Mustang for the ultimate New Year’s kiss. But not with any old backdrop. With a completely unobscured view of the Harbour and the Harbour Bridge secured by placing the Mustang on top of a building.

The campaign generated 253 pieces of coverage spanning five continents, reaching more than 247 million people. Social content reached more than 10.3 million people and obtained more than 82,000 video views. The campaign achieved the largest share of voice for any automotive brand during the Dec 28 to Jan 4 timeframe – beating reputational leader Toyota by 4%. Ford also achieved its highest favourability rating for 12 months in its brand tracker. 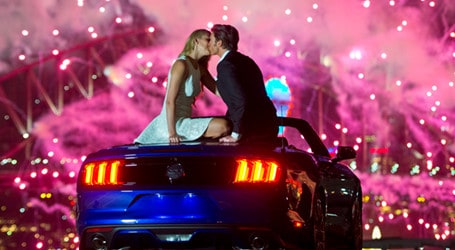 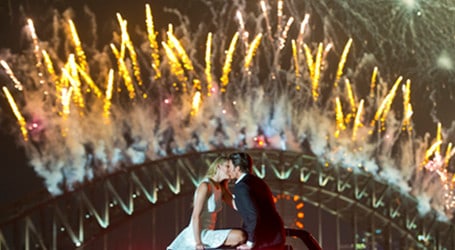