Building Hype for the Xbox One X

This November saw the launch of Microsoft's new gaming console, the Xbox One X. As the world's most powerful console, we were tasked with creating an equally powerful moment to drive pre-order and launch day sales that won both news headlines, and the hearts and minds of our fans.

In a highly competitive market, the Xbox One X is the only console to offer true 4K gaming - including high dynamic range and 60 frames per second gameplay. However, these are all features that need to be seen to be believed, and local consumers would not have an opportunity to experience them first hand until launch day.

We opened the doors to a boutique, gaming-themed sleepover experience that would give fans unhindered access to the Xbox One X, days before its official launch. Situated in front of the iconic Sydney skyline in Pyrmont, the first-of-its-kind establishment consisted of a drop in lobby and four private and bookable suites - each themed after an Xbox One X Enhanced title and built to showcase the device's 4K, HDR and Dolby Atmos capabilities. Over the weekend prior the console's retail launch, fans were invited to book one of the suites for them and a friend for two hours slots, with those able to secure the highly coveted evening sessions invited to spend the night in the luxury establishment.

The bookable suites at the Stay N' Play sold out within three hours of going on sale, with over 1,000 consumers visiting the installation over the weekend. What's more, the idea drove 300+ pieces of coverage, 100% of which included key messaging around the console's high fidelity capabilities.

Despite no spend being put behind social activity, content created at the event reached over 400,000 fans and sparked over 5,000 engagements! 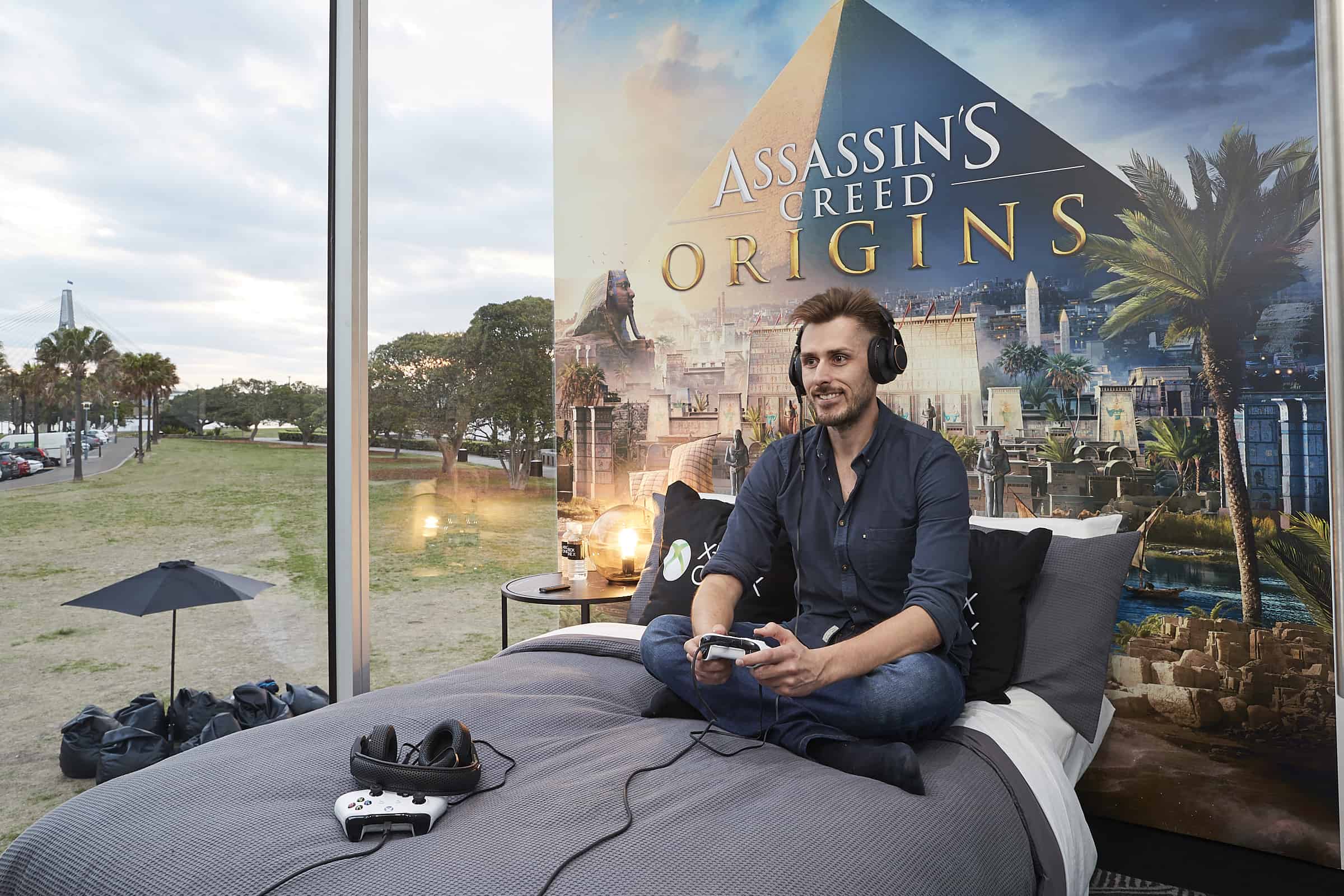