The team had read that during a radio interview, Kayne West mentioned how he thinks Ikea should hire him to design furniture. We were challenged to create some engaging content that would get the attention of consumers, media and Kanye himself.

The team understood that appropriately timed and humorous content has the capabilities to positively engage global audiences. Furthermore, timing is everything and the idea needed to be created and executed in a matter of hours.

We created a piece of content that acknowledged Kanye’s Ikea remarks, but also had a bit of fun regarding his recent ‘Famous’ video clip. The image created gave Kanye some helpful tips to recreate the bed that was featured in the video. The image was posted to Ikea Australia’s Facebook page with no paid component.

The results were outstanding. Within three days, we saw 69 pieces of coverage from both local and global publications including Daily Mail, Sydney Morning Herald, Pedestrian, Buzzfeed, Time, Vice and Mashable. Furthermore with zero media spend, we saw the post have organic reach of 755,647 and an engagement rate of 27.37% The post also resulted in Kanye West calling Ikea’s head office to further discuss potential collaboration. 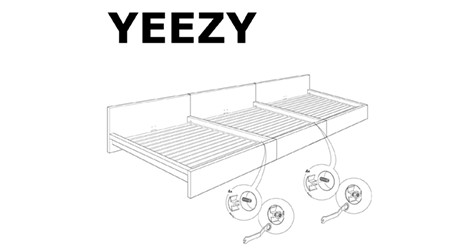